…one came out victorious!

A huge thank you to ALL of our sponsors, donors, volunteers, chefs,  judges,  and guests!! This years CHOPPED!Worcester was an amazing success!!

Special shout out to Jane Busby- Thank you for ALL of your help we couldn’t have done it without you! Thanks Serina and the rest of the JI staff for helping out and supporting us. Thank you to the events staff at WPI especially Bill Battelle and Ali Reed -your help was invaluable! Thank you Dee Wells of Future Focus Media for all of our beautiful videos, pictures, advice, and smiles -JI loves you!!  Thank you Christopher Lange for coming to help us out with…whatever we needed! Thank you to Dan H., Mike R., Doug W., Larry F., Steve W., Robert S., AJ M., and Justin I. for all of your help in setting up and making sure our guests were fed!!

Thank you to our panel of Judges for honoring us by being a part of CHOPPED!Worcester!!

Thank you to our MC’S for hosting a wonderful evening!!

A round of applause for our musical guests Belit!!

Finally Thank You to our Generous Sponsors and Supporters! As always -we cannot do what we do without you!

The 2nd Annual Chopped!Worcester event is just a few weeks away!

Come watch us test the culinary skills of some of Worcester’s best chefs while they create a tasty appetizer and entrée from a bunch of whacky ingredients you’d find in our food pantry.

Will we stump them? Or will they whip up an imaginative, tasty treat?

On September 24th from 5:30-8:30pm come watch some of Worcester’s hottest chefs battle it out to be the winner of the 2nd Annual Chopped!Worcester. The event will be held in the Odeum Room in the Rubin Campus Center at Worcester Polytechnic Institute. Using ingredients we give them, the talented chefs will go have to create an appetizer and entrée in 40 minutes.

This year’s battle will include chefs Chris O’Harra from Maddi’s, Rachel Coit from Kummerspeck, Bill Nemeroff from BT’s Smokehouse, and Robin Clark from deadhorse hill. Our judges will be Mike Arrastia of the Hangover Pub, Alina Eisenhauer: winner of Sweet Genius,  and chef Derek Gibbs, with the 4th seat at the judge’s table going to the highest bidder! Will that be you?

To find out more about how to be at the head table, visit: www.biddingOwl.com/JeremiahsInn

This year’s MC’s will be Jim Eber, and chef Jay Powell.

Jay Powell has won many awards, including being named Worcester’s Best Chef in Worcester Magazine (2015, 2016) and Central Mass. Best Chef (2016), Telegram & Gazette. He is a member of the local chapter of Les Amis d’Escoffier Society and has appeared numerous times on TV’s “Phantom Gourmet.” Powell also has won awards for his soups and chowders. His restaurant has been named #2 Best Mom and Pop Restaurant in Massachusetts and one of the top five bistros in New England. “My life revolves around food, and I completely understand that none of this would have happened if it weren’t for all the people who have crossed my path on this incredible culinary journey,” said Powell. “Most importantly is family and my wife, who have been my foundation to allow me to do what I love.”

Tickets to this fun-filled event are only $50. You get a chance to see some of Worcester’s most talented chefs throw it down, eat food provided by local eateries, and bid on some spectacular auction items. There will be a cash bar featuring special nonalcoholic drinks, as well.

All proceeds from the event support the Nutrition Center at Jeremiah’s Inn, which provides food to more than 9,000 Worcester residents each year.

And you can spread a little awesome sauce by sharing this event with your friends, family and co-workers!

Four chefs, two courses- only one chance to get in on the action!

On September 24th from 5:30-8:30pm come watch some of Worcester’s hottest chefs battle it out to be the winner of the 2nd Annual Chopped!Worcester. The event will be held in the Odeum Room in the Rubin Campus Center at Worcester Polytechnic Institute. Using ingredients you’d find in a food pantry, these talented chefs will go head to head, creating an appetizer and an entrée in the space of only 40 minutes! The creations will then be evaluated by a panel of four judges.

Heading up our panel of judges is Executive Chef Michael Arrastia from the Hangover Pub who competed as a chef last year, and is looking forward to being at the judge’s table. He was born in Southbridge MA. He is a father of 2, and husband to his beautiful wife Ashley. He came to recognition when he recently opened the award winning Bacon Gastropub: The Hangover Pub in Worcester, MA this past year. Hangover has recently been awarded Best New Restaurant in Central Massachusetts and Best Brunch in the state by Livingly.com. “I have attempted, and I think succeeded, in creating a menu that is inspired by my past, while keeping a constant eye on the future to see where the culinary world may go.” As the former executive chef of the fine dining institution Allora Ristorante in Marlborough, MA, he worked his way up with little to no formal training and he credits his success to “perseverance and hard work.” Today he brings his own unique sense of creativity into every dish born at The Hangover Pub and is excited to be bringing that same creative spirit into future projects. But first, he must help us choose this year’s CHOPPED!Worcester winner!!

We are happy to have Chef Alina Eisenhauer formerly of Sweet, and named “Worcester’s most Creative Chef” by Pulse magazine back at the table this year. She has earned dozens of accolades for her mouth-watering creations, including recognitions from Tripping.com, Yankee Magazine, Worcester Magazine, and Phantom Gourmet.  Alina has competed on several Food Network shows including: Chopped, Cupcake Wars, Beat Bobby Flay, Re-Wrapped and was the winner of Sweet Genius.  Alina was one of 75 chefs chosen from around the world to be featured in the book, Eat Ink and has also been featured in many other publications such as: Where Women Cook.  Alina has been invited to cook at the James Beard Foundation twice, presenting dinners there in both 2010 and 2014. Most recently, Alina has been pursuing opportunities as a consulting chef that will allow her to use her knowledge and experience, while also giving her more time to spend with her friends and family. We are so happy to have her back this year!

Our third judge is a good friend of the Inn Chef Derek Gibbs. Raised on the North Shore he graduated technical high school with a culinary certificate. He attended Le Cordon BleuCollege of Culinary Arts in Cambridge where competition cooking started for him. He graduated at the top of his class and even did a semester abroad at their Paris campus!He spent the majority of his career working in and around the North Shore. For over 7 years Derek worked for the Serenitee Restaurant Group in all manner of positions, from line cook to management. “I love the culinary industry. I love creating something from nothing and making people happy! My favorite part of the industry- besides the food? It would have to be the reaction I get from people when they taste my food.” Derek’s culinary journey has led him to Central MA , and his most recent position asa chef for Campus Cooks at WPI. We are thrilled to have Derek join us this year!

How would YOU like to be a judge for this year’s CHOPPED!Worcester? We are auctioning off a seat at the judges table so one lucky bidder can watch all the action up close and personal! This unique opportunity to sample the chefs’ creations and vote to decide who takes home the coveted “Golden Cleaver”will be awarded to the highest bidder!! Visit: www.biddingOwl.com/JeremiahsInn and place your bid before the auction closes on 9/23 at 12am.

$50 gets you a ticket to see the show, hors d’oeuvres – some of which will be provided by local chefs — and the opportunity to bid on some spectacular auction items. There will also be a cash bar featuring special nonalcoholic drinks. All proceeds from the event support the Nutrition Center at Jeremiah’s Inn, which provides food to more than 9,000 South Worcester residents each year.

Last year’s event sold out well ahead of time. Don’t miss out on your chance to see these talented chefs duke it out! Visit www.eventbrite.com/JeremiahsInn to purchase tickets. We’d love it if you’d spread the word to your family, friends, and coworkers, too!

Jeremiah’s Inn was once again invited to host a table this year at the 16th Annual MCPHS APhA-ASP Health Fair. Despite the chilly temperatures, we had a great time speaking with folks about what we do here at Jeremiah’s Inn, the services we have to offer, and about the food insecurity and substance abuse epidemics that are impacting our community. There were several other tables set up to talk about various other topics, such as nicotine dependence, high blood pressure, asthma and heart disease. We had a great time this year and look forward to next years event!

Papa Gino’s Community Fundraiser to Benefit Jeremiah’s Inn!
Jeremiah’s Inn will earn 20% of the Sales from our Families & Friends during this time!

Be sure to submit this certificate when ordering: Jeremiah’s Inn Fundraiser Flyer

Valid on Dine-In, Carry-out and Delivery!

The best chefs in Worcester County were in the house today for a photo shoot with the Telegram and Gazette to promote the first annual CHOPPED!Worcester Charity event. We are so excited for this event! If you haven’t purchased your tickets yet, do it soon! They are selling out fast! Click here to head on over to our events page to get your tickets before they’re gone! 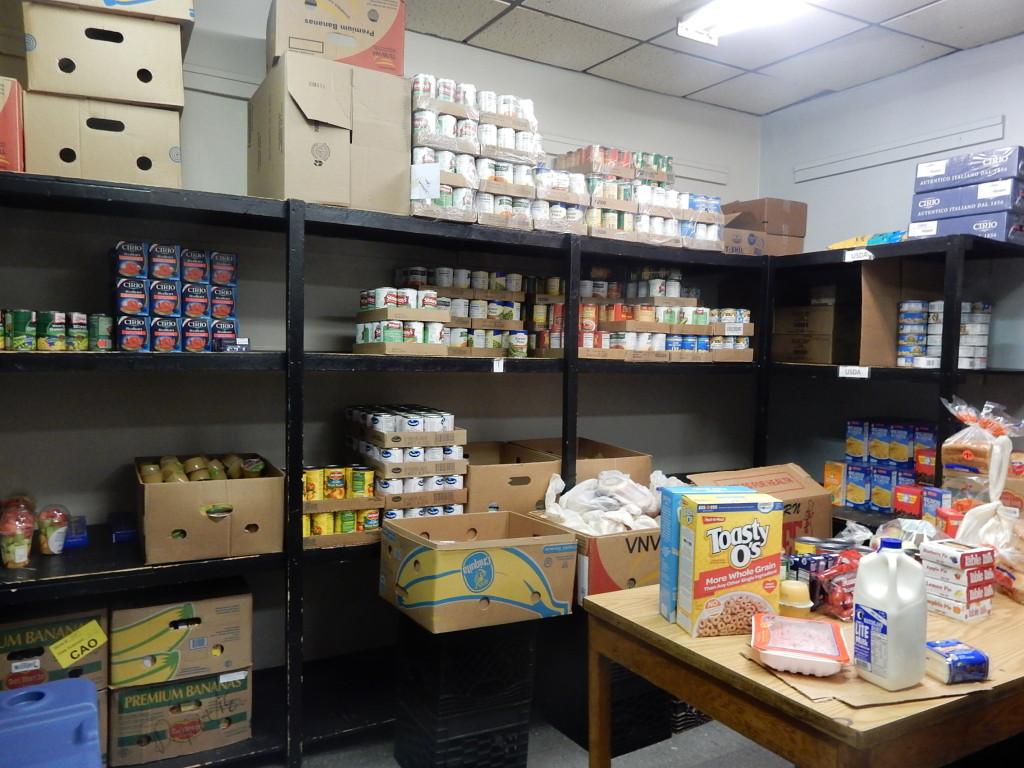 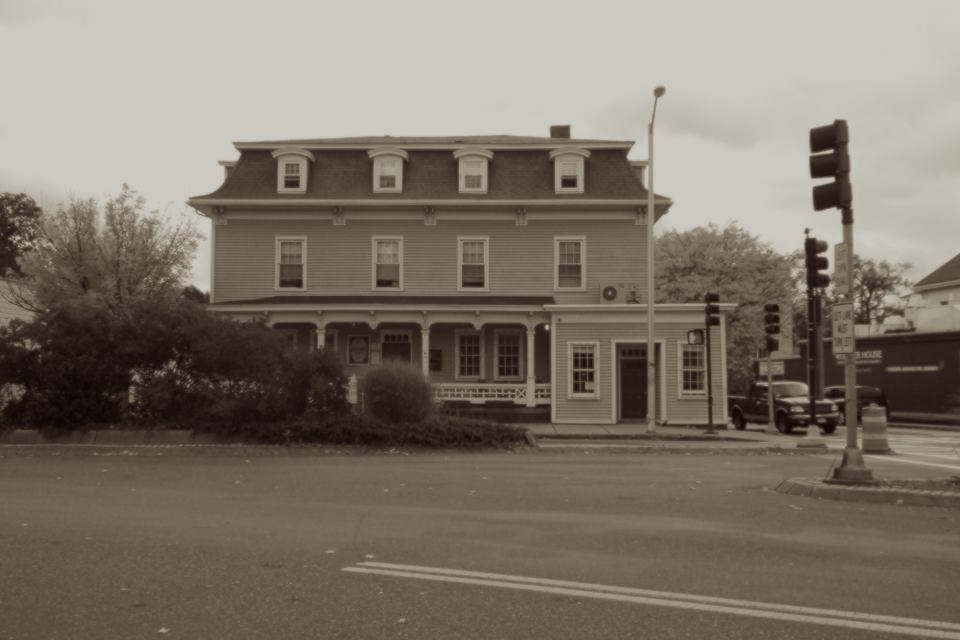