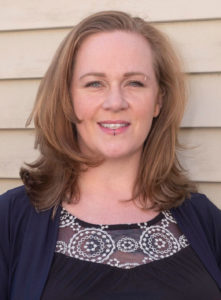 Janelle joined Jeremiah’s Inn in February 2007 as the Administrative Assistant. She was quickly promoted to Bookkeeper in November of that year. It was a natural transition as she was pursuing an undergraduate degree in Accounting. Over the next 5 years Janelle worked closely with the former Executive Director, Walter Spencer, who she considers a mentor and a dear friend. When the position opened up for Executive Director, Janelle took on and has since transformed the organization in many ways.
Since she began in December 2012 Janelle has implemented a first-ever strategic and fund development plan, which incorporates nearly 150 annual grant applications, effectively bringing the organization out of a pattern of annual net operating losses, and into a pattern of surpluses with an over 8,000% increase in annual revenue from 2012 – 2015. Not only has programming for both the Nutrition Center and the Social Model Recovery Program been increased and improved, many capital improvements have been made as well; including a new roof, a new parking lot, new technology throughout the agency, all new windows and doors, renovations of 18 resident rooms and bathrooms, new flooring in the offices, new paint throughout the interior just to name a few.
Janelle has a Master’s Degree in Business Administration from Nichols College. Jeremiah’s Inn, she says, has meant a great deal to her. “In many ways this place and the Social Model environment has helped mold me into the woman I am today. What I appreciate most about working at the Inn is that it doesn’t feel like work. We have an amazing team, which is more like family. Collectively we all strive towards a common goal – serving our clients to the best of our ability. It’s a beautiful thing.”

Ask Janelle a question about her work!